Tina O. Miller is a trial lawyer with extensive experience as both a federal prosecutor and defense counsel in a wide variety of criminal and civil cases.  Her success as a trial lawyer includes cases involving public corruption, fraud, civil rights, arson, arms trafficking, carjacking, narcotics trafficking and sex offenses. In the fall of 2007, she was sole counsel for the government in a federal death penalty trial involving a murder-for-hire scheme.  She is a former Deputy United States Attorney and Chief of the Criminal Division at the United States Attorney’s Office in Pittsburgh where she led the investigation and prosecution of numerous high profile cases, served as a crisis coordinator, and supervised over seventy employees in three offices.

Ms. Miller has utilized her extensive litigation experience to develop a practice as a certified special master, mediator and arbitrator.  She has been appointed by the court to serve as a Special Master for Discovery and for E-Discovery in numerous complex cases in federal court and trained at the prestigious Strauss Institute for Dispute Resolution at Pepperdine University.

Ms. Miller is a former member of the United States Sentencing Commission’s Practitioner’s Advisory Committee.  She was privileged to serve as a long-time member of the Local Rules Committee for the United States District Court for the Western District of Pennsylvania where she worked on both the electronic discovery and criminal rules.  She has received numerous awards and recognitions, including two Special Achievement awards from the Department of Justice for her work in prosecuting crimes against children.  She has spoken and written extensively in the areas of electronic discovery and criminal law and is a former co-chair of the Pittsburgh Chapter of the Friends of E-Discovery group.

“Technology Meets the Fourth Amendment:  The Showdown over Searching Cellphones” Allegheny County Lawyer’s Journal, May 5, 2014, co-authored with Susan A. Ardisson

“The Impact of Technology on the Fourth Amendment at the Border.” Allegheny County Lawyer’s Journal, August 9, 2013, co-authored with Susan A. Ardisson 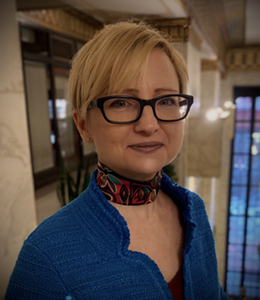