Wesley Gorman practices primarily in the areas of federal civil and criminal litigation.  Prior to joining Farrell Reisinger & Comber, LLC, he was an Assistant United States Attorney in the Central District of California, where he investigated and prosecuted a variety of federal criminal cases involving, among other things, narcotics, firearms, fraud, corruption, and conspiracy.  Wes also served in the United States Army for six years as an attorney in the JAG Corps.  For the majority of his service, he practiced military justice, first as a prosecuting trial counsel and later as a defense counsel.  He litigated courts-martial and disciplinary administrative hearings that had criminal, employment, and regulatory issues and consequences.  He has investigated and tried to verdict dozens of criminal cases and disciplinary matters on both sides of the aisle.

Wes received his B.A. from Princeton University in 2006 and a J.D. from UCLA Law School in 2009, where he was a Senior Editor on the UCLA Law Review.  Wes is currently admitted to practice in Pennsylvania, New York and California. 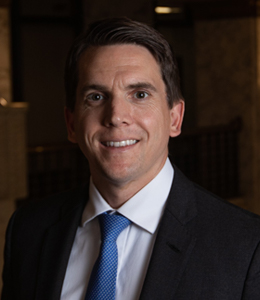