Mike focuses his practice on the representation of corporations and individuals in government and regulatory investigations involving fraud, corruption, healthcare, cybercrime, and environmental matters. Mike also conducts internal investigations for institutions and corporations.

Before joining the firm, Mike served for thirteen years as an Assistant United States Attorney for the Western District of Pennsylvania. For the last eight of those years, Mike served as Chief of the Civil Division. In that capacity, Mike led a team of eleven attorneys prosecuting complex investigations of institutions, corporations and individuals. Mike’s team also defended actions brought against the federal government under myriad case theories. Prior to serving as Chief, Mike prosecuted white-collar and violent crime, including tax, health care fraud, corporate embezzlement and fraud, as well as international drug trafficking and other violent crime.

During his time with the Department of Justice, Mike received the Attorney General’s Distinguished Service Award for his role in dismantling the GameOver Zeus botnet that caused hundreds of millions of dollars in losses to the U.S. financial sector.Mike also received the Council of Inspectors General Award for Excellence for his leading role in the landmark global settlement with Education Management Corp. (EDMC). In 2003, Mike was appointed as a Hearing Officer with the Special Master’s Office of the September 11th Victim Compensation Fund. In that role, Mike had the privilege of presiding over hearings to determine eligibility and set award amounts for victims and their families. Mike began his government service with the Office of the District Attorney of Allegheny County prosecuting various crimes, including homicide, sexual assault, and other violent offenses.

In addition to his government service, Mike worked earlier in his career in the Pittsburgh and Frankfurt offices of an international law firm as well as with a preeminent regional firm in Pittsburgh. Mike also serves as an Adjunct Professor at the Duquesne University School of Law. Mike has been selected as the Chair of the Federal Courts Section of the Allegheny County Bar Association for the 2018-19 term. 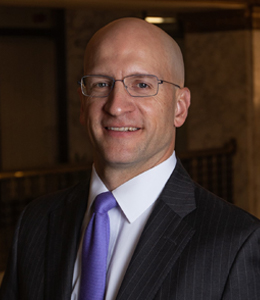