His sports law practice includes representation of professional athletes and certified agents in salary arbitration proceedings, contract analysis and negotiation strategy. Mr. Reisinger has also represented numerous athletes in performance enhancing substance/drug appeals and other disciplinary matters in MLB, the NFL, the NHL, and the NBA. Additionally, he represents both players and agents in fee dispute matters. Mr. Reisinger also represents NCAA and other amateur athletes in eligibility and related matters.  He also represents coaches in contractual matters in both MLB and the NHL.

In 2015, Mr. Reisinger and Ms. Miller successfully represented former American League MVP Josh Hamilton in his appeal from Major League Baseball's attempt to impose discipline upon him for an alleged violation of MLB's Joint Drug Agreement.  In 2013-2014, he, along with his partners, represented Nelson Cruz of the Texas Rangers, and 7 other Major League players named in MLB's Biogenesis investigation and related federal court proceedings.  In 2012, Mr. Reisinger and Ms. Miller represented New York Yankees' pitcher Andy Pettitte in Roger Clemens' federal criminal trial.  In 2011, he successfully represented Aqib Talib of the Tampa Bay Buccaneers in a hearing before the National Football League Commissioner.  In 2009, he represented New York Yankees third baseman Alex Rodriguez in Major League Baseball's investigation into his use of performance enhancing substances and other related legal matters.  In 2008, Mr. Reisinger represented Andy Pettitte before the U.S. House of Representatives Committee's investigation of Roger Clemens and Brian McNamee. In 2006-2007, he provided legal services to numerous current and former Major League Baseball players and team employees targeted in Senator George Mitchell's investigation regarding the use of performance-enhancing drugs. In 2005, he advised Sammy Sosa during the U.S. House of Representatives Committee's Congressional Hearings on steroid use in Major League Baseball.

His criminal practice ranges from pre-indictment investigations and negotiations and representation of witnesses and victims with respect to drug matters, tax evasion and other criminal issues. He has represented numerous professional athletes in various criminal matters, including grand jury appearances, tax matters, and illegal substance related proceedings.

His civil litigation practice includes representation of individuals and companies, including sports-related entities, with respect to mergers and acquisitions, drafting of, enforcement of, and defense of employment agreements in the sports industry, and other civil litigation matters. Mr. Reisinger, and the attorneys of Reisinger Comber & Miller, LLC, also provide litigation management services for professional athletes and sports-related entities, utilizing our unique understanding of the sports industry in conjunction with our wide-ranging civil litigation experience.

Mr. Reisinger currently advises a number of sports agencies in every major professional sport.  He also represents professional coaches, including Willie Desjardins, formerly of the Vancouver Canucks and Jeff Blashill of the Detroit Red Wings.  He is a member of the Bar of the Commonwealth of Pennsylvania and is admitted to practice before the U.S. District Courts for the Western District of Pennsylvania and the U.S. Court of Appeals for the Third Circuit. He is a member of the Sports Lawyers Association, the Pennsylvania Bar Association's Sports and Entertainment Law Committee, the American Bar Association, and is a Certified Agent Expert Advisor with the Major League Baseball Players Association.

He received his J.D. from Ohio Northern University School of Law in 1996, where he was a member of the Order of the Barristers and his B.A. from Allegheny College in 1991. 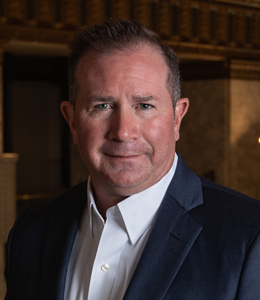